A unique way to discover the beauty of Ischia (and beyond) 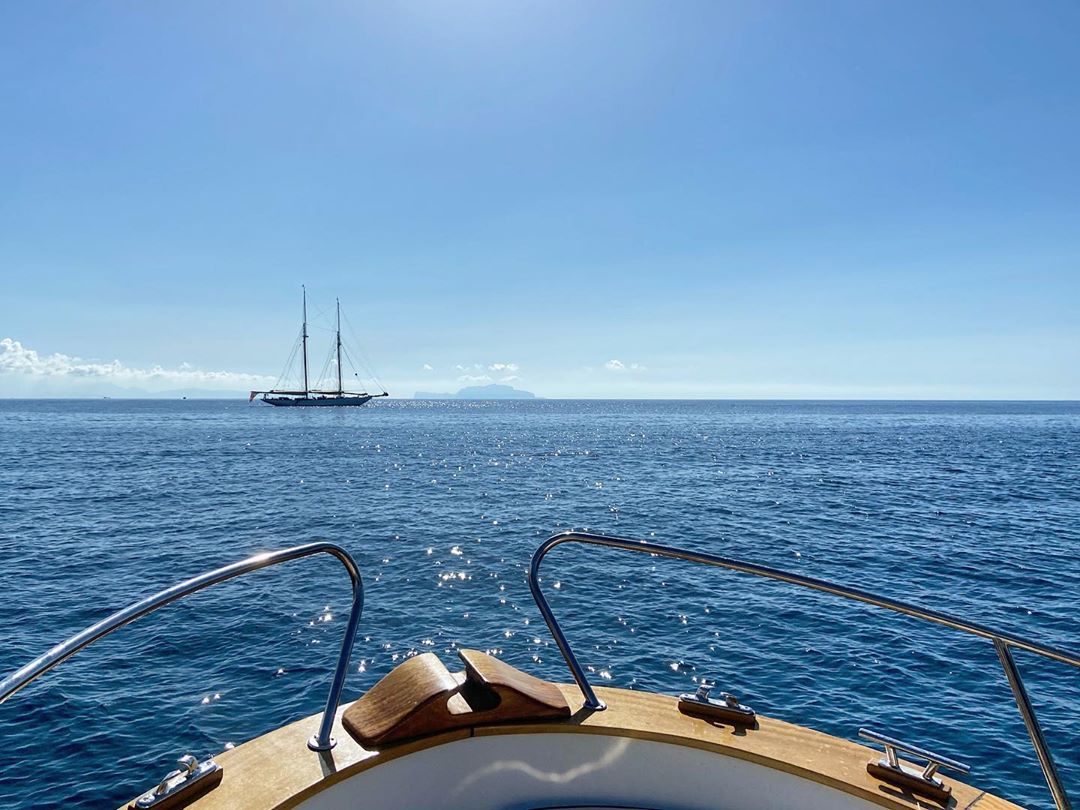 From spring to late autumn, it is possible to participate in excursions around the island of Ischia, discovering bays and sights that can’t be reached from land; or you can head to the nearby island of Procida for a dive in its crystal-clear waters; you can also join on exciting late-night or early-morning fishing trips.

Boat excursions allow you to discover the most precious hidden gems of Ischia and the whole Gulf of Naples—from secluded bays along the jagged coastline to secret grottos and a colourful seabed—and thousands of shades of blue.

Just as you leave the picturesque little harbour of Sant’Angelo, you’ll encounter one of the most charming natural sculptures of the island—the elephant. As you leave Sant’Angelo behind, past the bays of Sorgeto and Pelara, you’ll see another sculpture, the ‘foot’—locals still debate whether it’s the foot of classical hero Typhon or modern hero Maradona.

The Lucille will keep going along Scannella bay, Ulysses’ ship, and then Forio’s lighthouse, perched atop a colourful ridge, and then the beautiful Citara bay with majestic Epomeo mountain and the fumarole in Cimmento Rosso. You’ll pass the Lovers’ Rocks, the Church of Soccorso… and by then, it’ll probably be a good time for a swim in San Francesco bay, or at Punta della Cornacchia, or San Montano bay. After Lacco Ameno you’ll head towards Casamicciola and then Ischia: be prepared to sail around iconic Castello Aragonese, with the island of Procida and the Vesuvio towering over the mainland in the background. As you leave Ischia behind, the boat will take you to the south-east—the island’s wildest side, where vineyards and olive groves dare to grow on the steepest hills. You’ll see the Magician’s Grotto, San Pancrazio bay with the hidden Lovers’ Grotto, Punta San Pancrazio, the Scarrupata Bay, and the Felice—a perfect spot for another refreshing swim in the deep blue sea.

By this time the afternoon Maestrale wind will have started to blow, and it’s time to head back: you’ll see the tower of Sant’Angelo pop out of the horizon as the boat sails past the Maronti bay and the hilltop villages in the background.

These boat excursions are the perfect occasion to learn about folklore myths and tales of the sea—a sea that’s seen the sails of ancient Greeks, Romans, Visigoths, Longobards, Saracens, Normans, Angevins, Aragoneses, Bourbons… and even legendary pirate Hayreddin Barbarossa! A true Mediterranean adventure. 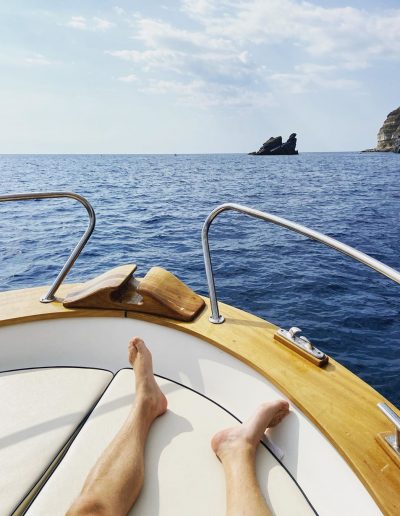 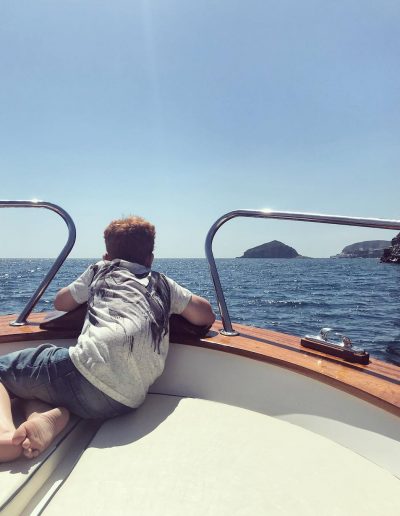 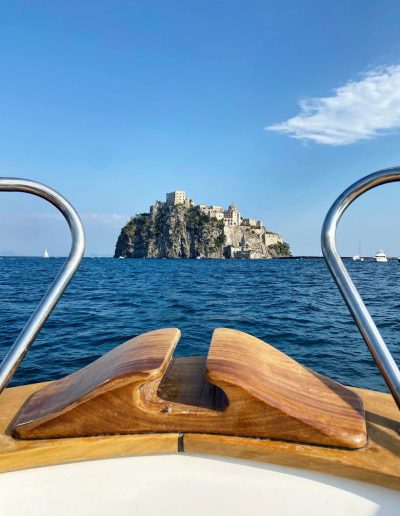 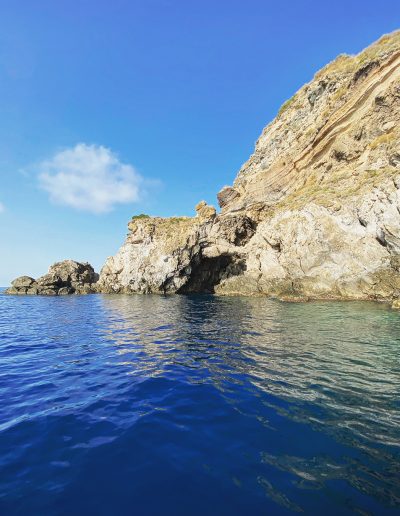 When are boat excursions available?

From early spring until autumn, whenever the sea allows it, you can join group boat excursions or book in advance and have the whole boat to yourself.

How long does the boat excursion last?

We usually leave between 10:30 and 11am, and we’re usually back at Sant’Angelo harbour by 3:30 – 4pm—but we may be able to accommodate specific requests. Ask Tiberio!